I spent one of my last posts bitching about how horrendous the comments section on any online article can be. I still stand by that fact but I also will admit to constantly reading the comments on an article. I can’t help it. I want to look away, I know it’s going to be horrible and make me lose faith in humanity, but I feel myself getting sucked into it. I imagine this is how most viewers of Keeping Up with the Kardashians feel.

I recently read an article on Buzzfeed and the comments are a gold mine. Instead of making me cry, I was laughing hysterically. In case you weren’t convinced that people will get offended from everything these days, this comment section will prove that. The article just lists 33 facts about the class of 2019 that will make us folks in our twenties and thirties feel old. Sounds innocent enough, right? Well, it was a hilarious shit show in the comments section as children came out of the woodworks to comment about their superiority because they in fact do know what a flip phone is! Sure you know what a flip phone is but do you know what I mean when I say Zach Morris phone? 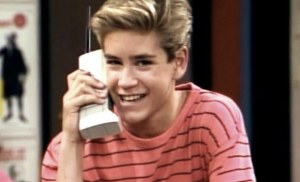 The article mostly listed the way things were when the class of 2019 was born. TV shows that came out, music that was popular, etc. Apparently that’s a SUPER offensive thing to do. How dare you tell a 13-year-old that they never had to deal with dial up? At first when I was reading the article, it made me feel super old. Seeing all these things from my childhood was too much nostalgia. Then when I read the comments, I remembered how dumb you are when you’re a teenager and I no longer felt so badly about being old. It’s the equivalent of me reading an article about how someone my age will never understand the hysteria of Beatlemania and then getting angry because I know so many Beatles’ songs. Knowing about something is not the same as living it.

Since I’m not much into cyber bullying, I’ll leave out the commenters names but here are some of the gems found in the comments section:

December 2001 for me. These things were my childhood, if that makes sense. I’d say maybe 30 out of 33 of these things are something that I do remember.

First off, you were born in December 2001. You are 13-years-old; you’re still in your childhood. Do we not teach the concept of memory in school anymore? You do not remember most of these things, you know about them. Britney Spears performed “I’m Slave for You” with a snake before you were even born! You do not REMEMBER the greatest pop culture couple: Britney and Justin. You only know about them through bittersweet pictures. And if you actually remember using MySpace then I want to ask your parents why they allowed their 4-year-old to create a social media account.

i was born in 2000 and i also find some of these things a bit inaccurate. My first phone was a Sony Ericsson feature phone.

Child, you need to take several seats. I got my first phone when I was about 15-16. You are 15 and reminiscing about what your FIRST phone was.

its not commentary between the diffrences between our generations because they are not vaild facts so therefore not valid diffrences and in 10 to 20 years i wont be in yall sad postion because i will be out flying on my hover jet talking to siri 17.0 that was installed in my brain

I also hope that 10-20 years from now you learn about punctuation and spelling.

buzzfeed- your future audience will be our generation so it’s time to stop picking on us and making “90’s Kids Will Remember” posts because we get the gist and every article is pretty much the same. i’m sick of these types of posts lol.

“We are not entitled brats with no sense of humor but if you do not start making every post about us, we will become incredibly offended and stop reading your stuff!” I don’t think logic starts developing in a person until they are at least 20.

I’m here to tell you that, no matter how old you feel, if you were a 90s kid, you’re not old. LOL For those of us who were born in the 60s, grew up in the 70s, partied like crazy in the 80s, and became professional adults in the 90s, your angst over feeling old makes us want to pat your head and smile, then shuffle off with our walkers chuckling to ourselves.

This was my favorite one because it put both the 90s and the 00s kids in their places for being the obnoxious brats that we are!